Taylor began working as a Chiropractic Assistant at Kramp Chiropractic shortly after discovering the benefits of Chiropractic. After a bunch of jobs that just didn’t ignite any passion, and after seeing a chiropractor for a couple of months, she knew that being a part of a chiropractic office was something that she wanted to pursue.

Each day Taylor is thrilled to come into work and not only experience improvements in her own health but also getting to witness the health improve in all the patients that we serve here in the office. She is excited to be learning more and more about health and healing thanks to Dr. Kramp and Dr. Nicole.

From a young age Taylor used to suffer from migraines on nearly a daily basis and found herself popping pills daily to keep them at bay, not knowing there was a better or even different way. She also suffered from terrible irritable bowel syndrome (IBS) and no matter what changes were made, she would be sick to her stomach. Although hating it and knowing that it wasn’t normal for people, she had given up and gotten used to the idea that this was her normal. After seeking Chiropractic treatment for pain like most people do (in this case for a pinched nerve in the neck) she came to discover some important things. It turns out that her neck has a completely reversed curve and based on scans, had lots of other things going on as well. She immediately signed up for care and what a great decision that turned out to be. After being under care for less than two years, her definition of normal has completely changed. Migraines only happen every once in a while and her IBS barely flares up anymore. When it rarely does, she wonders how she lived with it for so many years with no relief. This normal also includes improved sleep, more energy and a much better outlook on life. Taylor can’t imagine her life without Chiropractic in it, and hope others will join her in finding their new normal.

When not at the office, you can often catch her at the movies, at a concert, or out at the beach when the weather permits it. She loves reading and is also starting to enjoy cooking as she learns more about it. She also enjoys watching sports including hockey and baseball. Finally when time permits she loves traveling and will do it whenever possible. 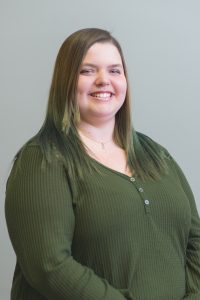